Located at the mouth of the river Daman Ganga, Daman is the headquarters of the union territory of Daman and Diu and is located on the Western coast of India. The union territory came into existence on 30th May 1987, after its sepration from the state of Goa. Situated at an altitude of about 12 metres, it has a population of 191,173 according to the 2011 census. Known for its scenic beauty, beaches, historic forts, churches and a number of tourist attractions, it is an important tourist hotspot in India. Daman has 21 villages and is divided into 15 wards for the purpose of administrative convenience. 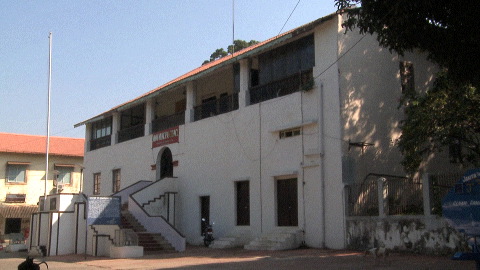 Initially, called as ‘Camara De Damao’, later as ‘Camara Municipal De Damao’, the municipal council of Daman is currently called as Daman Municipal Council. It is one of the oldest municipalities established in Asia in the 16th century, during the Portuguese rule in India. It was built based on the orders of D.C. de Braganca, the Conqueror of Daman. The entire district of Daman was under the control of the Municipal Council, which was presided over by eminent people selected by the Government. After its liberation from the Portuguese rule in 1961, the Panchayat Raj system was introduced and accordingly, various village Panchayats were established. Daman was later divided into 15 wards, with councilors representing each ward, for effective administration.

Daman and Diu being a union territory, its administrator is appointed by the President of India. He represents the Centre and executive powers at his disposal. His duties include:

Various departments like Excise, Finance, Forest, Law and Justice, Sports, Transport etc have been set up for administrative ease. Various officials are appointed to look after their respective departments. The collector looks after the administration of the city and the district as a whole. He is entrusted with a wide range of duties including maintenance of law and order, development activities, land revenue, disaster management etc. He is assisted by various officers in carrying out his duties. Shri Gaurav Rajawat is the present collector of Daman. He is also the secretary of general administration, rural development, employment and labour. He is the secretary cum director of tourism, information technology, food, transport and Panchayati Raj institutions and the director of municipal administration of Daman. The collector of Daman can be contacted at:

Daman, being an important tourist hub, has a strong Police network, with sincere and dedicated police officers ready to serve those in distress. The Police officers strive hard for the welfare of the people and for maintenance of harmony in Daman. The main objective of the police force in Daman is to ensure the safety and security of the locals as well as visitors, by preventing various anti-social activities and crimes. The Superintendent of Police heads the Police force in Daman and is assisted by various officers in performing his duties.