Art and Culture of Daman

Daman, known for its beautiful beaches and historic forts and churches, is known for its glorious past and rich culture. The culture of Daman is truly enthralling as it is a blend of Indian as well as the Portuguese culture. The customs, beliefs, rituals, traditions and habits followed by the people of Daman are largely Indian, with subtle traces of Portugal influence. The multi-faceted cultural heritage is visible in the cuisine, architecture as well as the customs and festivals celebrated by the people of Daman.

The people of Daman attach great importance to their festivals and celebrate them in a grand manner. A series of festivals are celebrated, beginning with Makarsankranti in January, till Christmas in December. The Garba Dance Festival is an important festival celebrated here. During this festival, people dance gaily, wearing colourful costumes. The Folk Dance Festival is also celebrated with active participation of people of all ages. Mando Music and Dance, Verdigao Dance and Vera Dance are some of the popular dance forms associated with the folk dance festival. Ganagaji Fair in Somnath Mahadev temple draws huge crowd from far and wide. 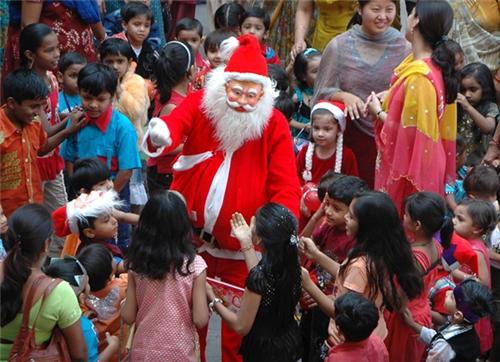 Nariyal Poornima marks the beginning of the fishing season, during which the Daman people flock to the seashore, and offer coconuts to appease the Gods of wind and water. Christmas in Daman is a time for fun and frolic, cheer and joy, whereby people enthusiastically decorate their houses and prepare elaborate feasts to welcome Lord Jesus. Holi, Diwali, Id, Rakshabandhan, New Year, Easter are other important festivals celebrated by the various communities in Daman, in a pompous and grand manner.

People belonging to different religions live in peace and harmony with each other in Daman. Christianity, Islam and Hinduism are the main religions followed in Daman, with majority of the population being Hindus. The Hindus here include Koli Patel, Kharwa, Bania, Brahman, Vanja, Salat, Sanghadia, Sager, Baria, Kamli, Mitna, Mangela, Bhandari, Macchi, Kumbhar, Mahyavanshi, while the Dhobia, Dubla and Siddi are the tribals. Koli, Kharwa, Vanja, Koli Patel, Bhandari, Sager, Mangela, and Salat are believed to be migrants from Gujarat and Saurashtra. Thus the lifestyle and practices of the people of Daman seem to be similar to that in Gujarat and Saurashtra. The culture in Daman can thus be considered to be a combination of Europeon, tribal and Indian elements.

Gujarati language is the major spoken language of most of the people on Daman. Hindi, English, Marathi are other official languages. The language of Portuguese, which was once widely spoken here, is no longer taught in schools. Some elderly people understand and speak this language at home. The Portuguese-based creole language in Daman, Língua da Casa is out of practise now. English is now being widely accepted for official communication purposes. 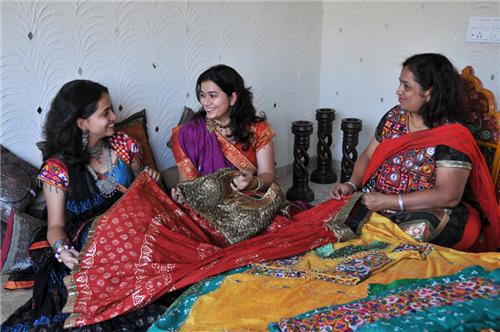 The costumes of the people in Daman are influenced by their Gujarati counterparts. Their costumes are influenced by both Indian as well as Portuguese culture. Men prefer wearing pyjama, shirt and dhoti kurta. Due to the influence of Western culture, shirt, trousers, shorts, jeans are increasingly worn by the men as well as boys in Daman. The traditional dresses of women include ghaghra, blouse and odhani. They also wear sarees and salwar kameez. The girls, nowadays prefer wearing jeans, kurta, skirt and other modern clothes. The Christians in Daman prefer wearing European costumes. 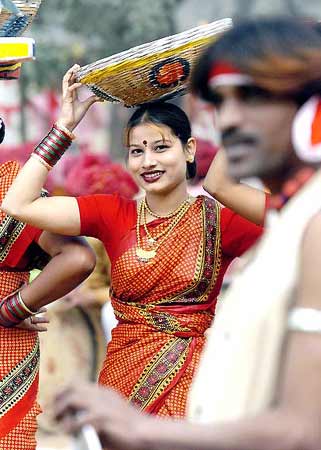 Dance and music are integral parts of the life of the people of Daman. Various traditional forms of Portuguese dances are very popular among the people here. Mando Music and Dance, Verdigao Dance, Vera Dance and other dance forms are well preserved and presented on various occasions. Tribal dances with social messages are quite popular here. Koli dance is popular among the fisher folk of Daman. Garba, a traditional folk dance of Gujarat is performed during the Navaratri festival, by women wearing colourful costumes and ornaments. Machhi Dance is a popular dance form of the fishermen community in Daman. It is performed on special occasions by men as well as women. Women carry baskets, singing melodious songs and dancing to the beats of dholak and Jhanjh. The men perform various rowing actions, depicting fishing in the sea and boating.

Thus Daman is rightly regarded as a melting pot, where people of different castes and religions blend together to assume a common identity. Even though a fusion of different cultures, Daman still manages to retain its Indianess, reflected in the architecture, cuisines, practices and habits of the people. It is thus a perfect example of ‘Unity in Diversity’ for those, who wish to witness India’s glorious past and rich and varied cultural heritage.


Explore more about Art and Culture of Daman