Fairs and Festivals in Daman

Known for its multi-faceted and glorious cultural heritage, Daman is said to be a melting pot, where people belonging to different castes and cultures live together in peace and harmony. The vibrant population of Daman love celebrating a number of festivals with pomp and zeal. The festivals are marked by spectacular dances and melodious songs. The blend of Indian and the Portuguese customs and traditions followed during these festivals, add to the charm of the celebrations. 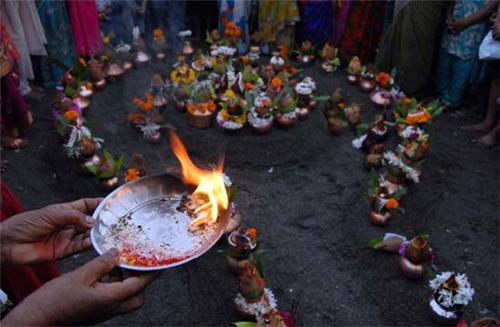 It is one of the most important regional festivals celebrated in Daman. It is organised by the administration of Daman and Diu and the West Zone Cultural Centre. Nariyal Poornima is celebrated every year to mark the end of monsoon and beginning of the fishing season. During this festival, the fisher folk flock to the sea shore to offer coconuts to the God of water and wind, to seek their blessings for the safe return of the fishing fleet. After the monsoons, the fishermen look forward to resume their sailing activities and pray to the Almighty for a rich catch. This festival is celebrated in a grand manner, with various water sports activities, at the creek between Nani Daman and Moti Daman. Cultural events are organised in the month of August, as a part of these festivities. The coconut food festival is a special highlight of this Nariyal Purnima celebration. On this occasion, the fisherfolk in Daman feast, dance and party, and the whole city wears a festive and joyous look. 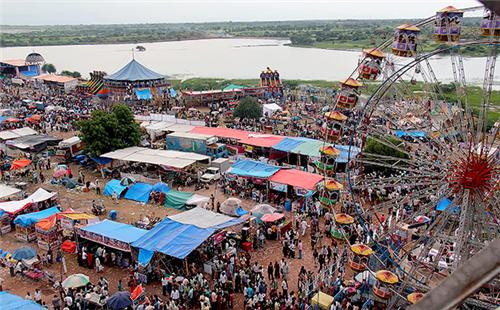 This is an important annual event organized every year in March at the Somnath Mahadev Temple in the village of Dabhel, Daman . It is dedicated to Lord Shiva, the popular Hindu God. It is believed that a Shivalinga appeared here during the nineteenth century, following the request of a monk who was a staunch devotee of Lord Shiva. The temple was then rebuilt during the year 1972-73, and ever since the fair is celebrated here. People from nook and corner of the country participate in this fair, making it a grand affair. They gather near a tank, where various rituals take place. They take bath in the holy waters of the tank and conduct various religious activities and rituals, to seek the divine blessings of Lord Shiva. The whole atmosphere is charged with divinity and spirituality. 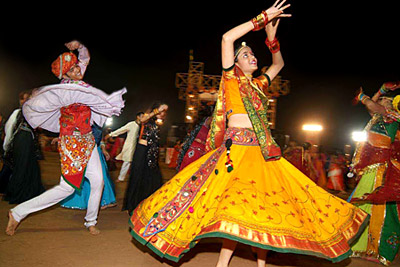 This popular dance festival of Gujarat is celebrated in Daman with great enthusiasm. It takes place for nine days, during the month of October or November. It is dedicated to Goddess Amba and various rituals are performed to seek her blessings. The rituals hold their own unique significances. People of different communities actively participate in the celebrations. Man and women adorn themselves with colourful traditional costumes and jewellery and dance to the tunes of various devotional songs. Hordes of tourists from far and wide come here to witness this spectacular festival and participate in the celebrations. 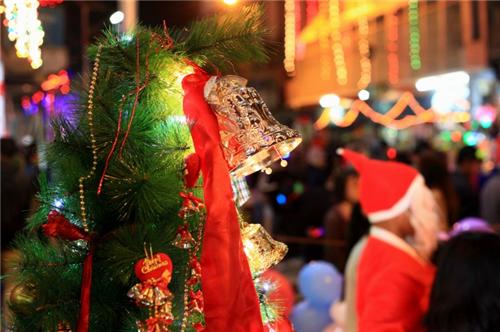 Christmas in Daman is a time for joy and celebration. It is celebrated by the administration of the union territory as a part of the tourism promotion programme. Music and dance form an integral part of the Christmas celebrations. Foreign as well as Indian travellers throng here in large numbers to witness the fantastic Portuguese dance forms. Houses, resorts, hotels and tourist spots are decorated with bright and colourful lights and lamps and various fun filled events, feasts and food festivals with innovative themes are organised. The entire city is filled with merriment, laughter and light. These celebrations continue till the New Year Eve.

Apart from these festivals, the Folk Dance Festival, Diwali, Eid, Holi Mahashivratri etc are celebrated among the various communities in Daman. These festivals, reflect the rich cultural heritage and ‘Unity in Diversity’ prevalent in Daman.


Explore more about Art and Culture of Daman