* In case of any delay in receiving the OTP, you may verify it later. Please proceed without verification.

Your mobile number is not registered with us. Please register your mobile no.

Daman, famous as the land of sun, sea and sand is one of the most beautiful and serene places in India. It has an enchanting history, dating back to over 2000 years, involving several diverse civilizations. Century by century, it had come under the rule of various Indian rulers and later under the rule of Portuguese, till 1961. The essence of its rich and glorious past is still retained among the churches, forts and monuments of this city. A walk through the alleys of Daman is like walking through various centuries that had witnessed great many conquests, wars and rise and fall of several powerful dynasties. A paradise of peace and solitude, Daman was considered to be a heterogeneous blend of various cultures and races, assuming a common identity. It was popular by the name, ‘Kalana Pavri’ meaning, ‘Lotus of Marshlands’. 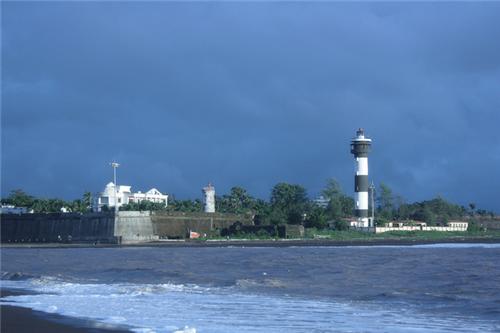 Daman is located at the mouth of river Daman Ganga. Thus it is believed that Daman derived its name from the Daman Ganga River. However according to another theory, the name Daman is derived from Damao- the former name of Daman, depicting its Indo-Portuguese culture. When split, ‘Da Mao’ literally means ‘Give me your hand’ in Portuguese, another way of saying ‘welcome’. This indicates the hospitality and friendly nature of the people of Daman.

Initially, Daman was called as Lata and formed a part of Konkan Vishaya. From the Kushana Emperor, it came under the control of Mauryan Empire and later was passed on to the Satavahana rulers. It was later ruled by the Kshaharatas , Abhiras and Traikutakas in the 5th century. The Traikutakas played a prominent role in the ancient history of Daman. It was during this period that the territories of Daman were expanded further till the north of Maharashtra and south of Gujarat. The Traikuta rule continued till the Vakataka king Harishena defeated the Traikutas and gained control over Daman.

During the Medieval period, Daman’s history mainly revolved around the Chalukya dynasty. It witnessed many battles between different sects of the Chalukyas. Beginning with the Chalukyas of Badami, the control of Daman passed on to the Navasari Chalukyas, followed by the Chalukyas of Kalyani and later to the Chalukyas of Gujarat called Anhilwad. Later, with the advent of Muslim rule, Daman was captured by the Sultan of Delhi in the 15th century. It continued to remain under the Muslim dominance till the Portuguese invasion.


Daman under the Portuguese Rule 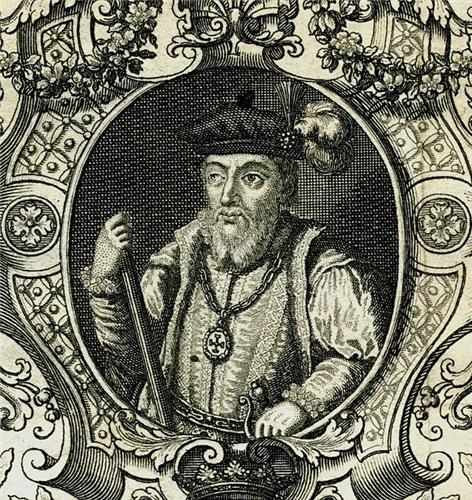 Realising its strategic importance on the sea route between East and West Asia, the Portuguese made several attempts to conquer Daman. Finally it was conquered by the Portuguese on 2nd February, 1559. Constantino de Braganza was its first viceroy. Daman remained an important centre of opium trade to China, till it remained under the Portuguese rule. However, Daman continued to remain under the clutches of Portuguese rule, even after the independence of India, till its liberation in 1961.

In December 1961, the Indian forces, namely the Indian army, navy and air force launched the Operation Vijay, which led to the defeat of Portuguese, bringing to an end 450 years of tyrannical and totalitarian Portuguese rule. This led to the liberation of the union territory of Goa, of which Daman was a part. On May 30 , 1987, Goa was granted the status of a state, while Daman & Diu remained a union territory. 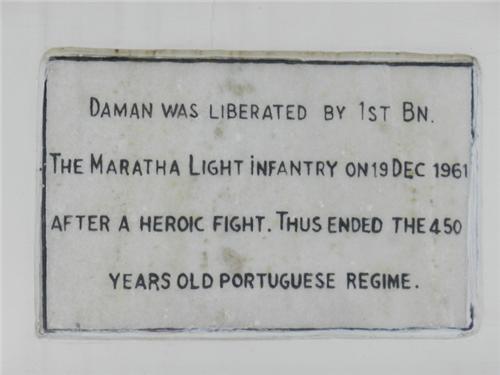 Thus, the cute little city of Daman boasts of a rich and glorious past, spanning various centuries. Although the Portuguese rule has left remarkable influence on the architecture and the lifestyle of the people, Daman still manages to retain its unique Indianess. Today, it stands tall and proud, telling tales of heroism and valour of the Indian soldiers who fought hard to liberate it from the clutches of the Portuguese. It is thus an epitome of modern India, a perfect amalgamation of Indian traditions with its western past.